The concept follows volume context of close city center, but it also settles mutual relations between the avenue (embankment, center) and train station. The main purpose is to complete Americká avenue up to the eastern end, where the point-de-vue dominates the station building - a strong element which importance is emphasized by designing a new parallel street: K Radbuze.

Connection
Americká is composed in an axis, symmetric with triangular ends on both sides. The street K Radbuze is an axis connecting square (embankment) train station. In the study area both streets are parallel, but on different levels. K Radbuze street connects on one level embankment with underpass, where it starts. At that point it interconnects pedestrian flows from Americká, which is also generously opened towards underpass with ramps.

Development
The study area shows the potential of a certain organization, based on the scale of compact center block structure. The planned street network is related to Americká and perpendicular to Sirkova. The network has a fundamental module of 60 by 60 feet that is based in the current city, its streets and public space's profiles and heights. This assistant module helped developing in the study area new commercial units (to be built-up) and untouchable units (public space).  . 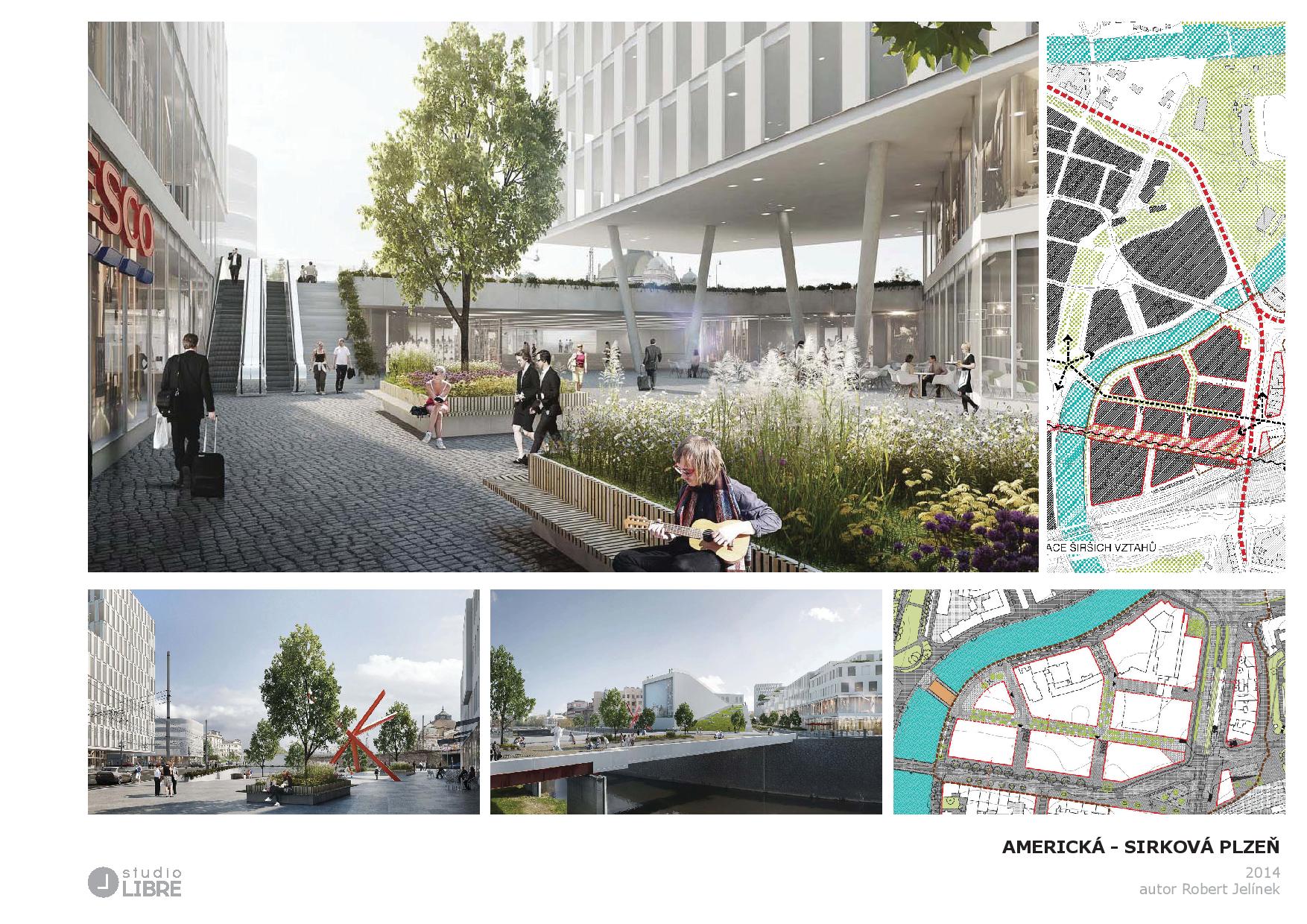 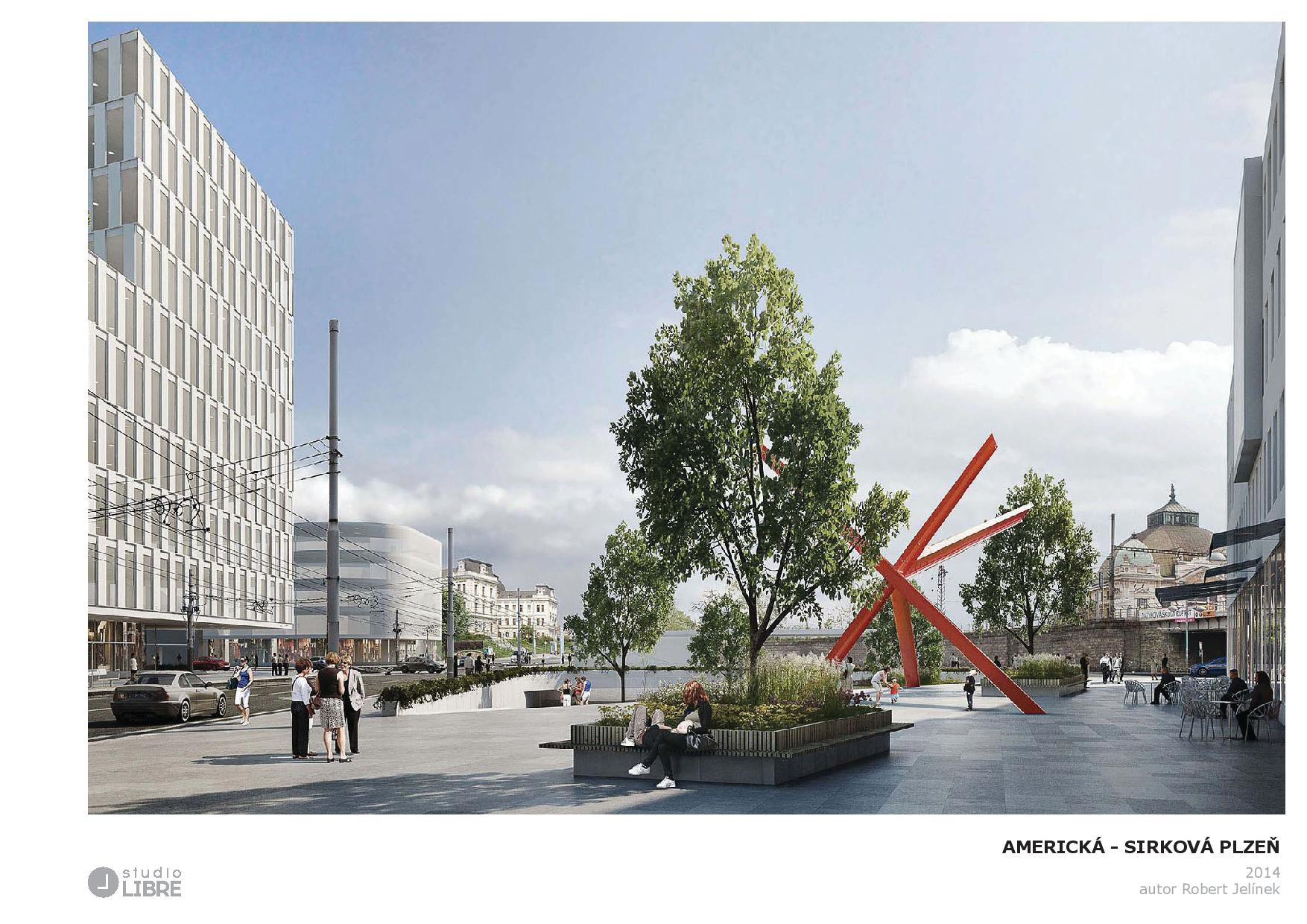 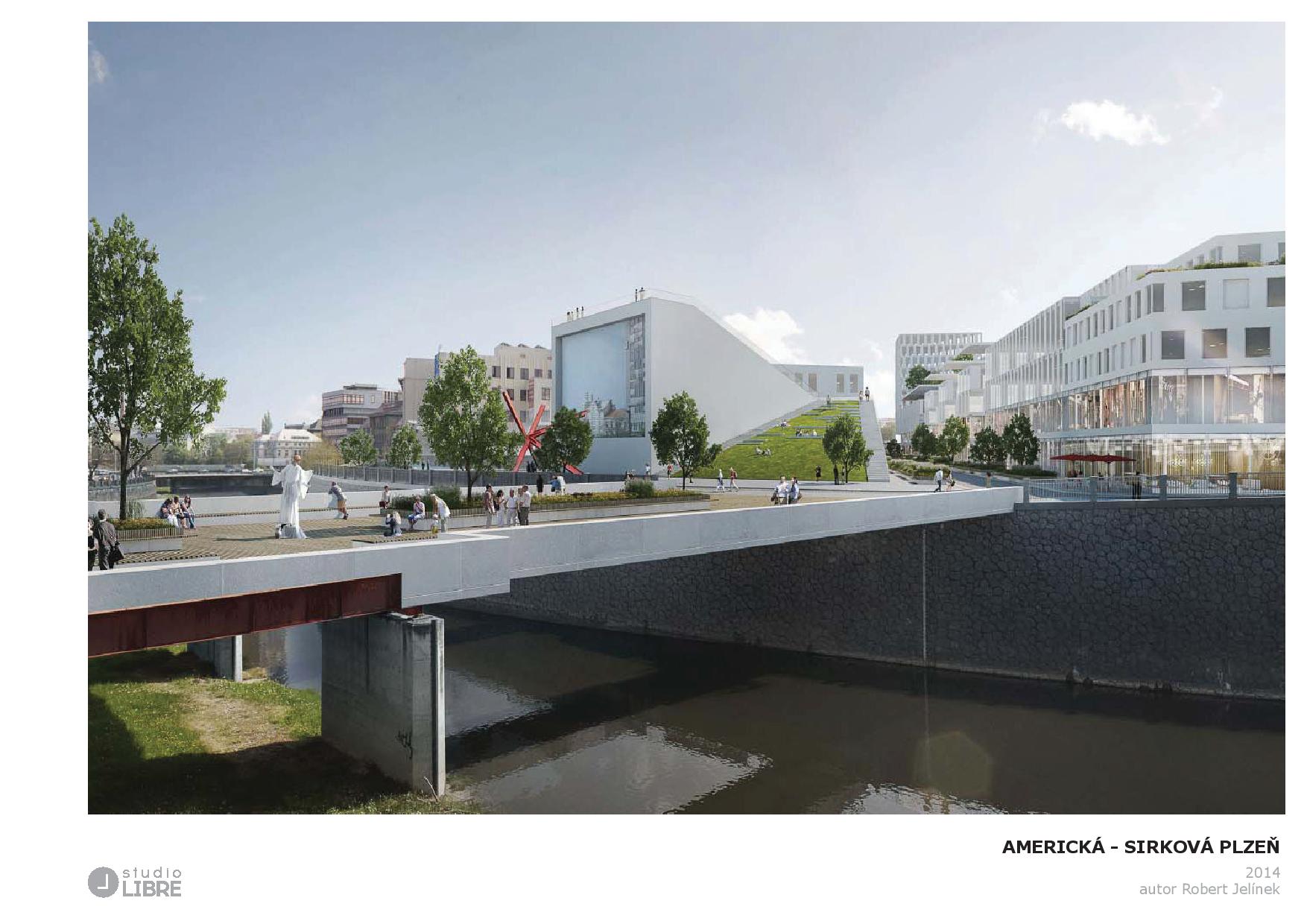 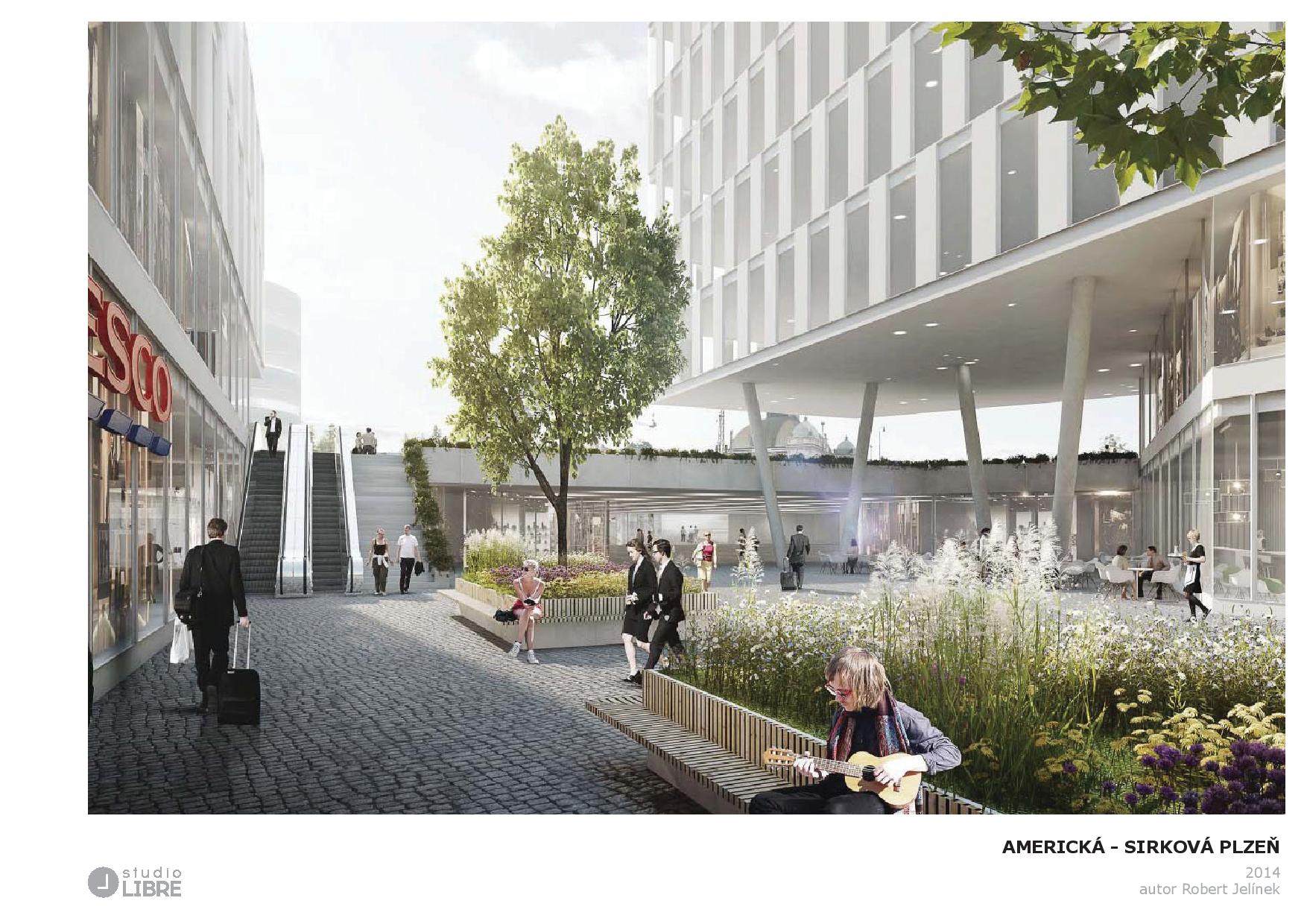 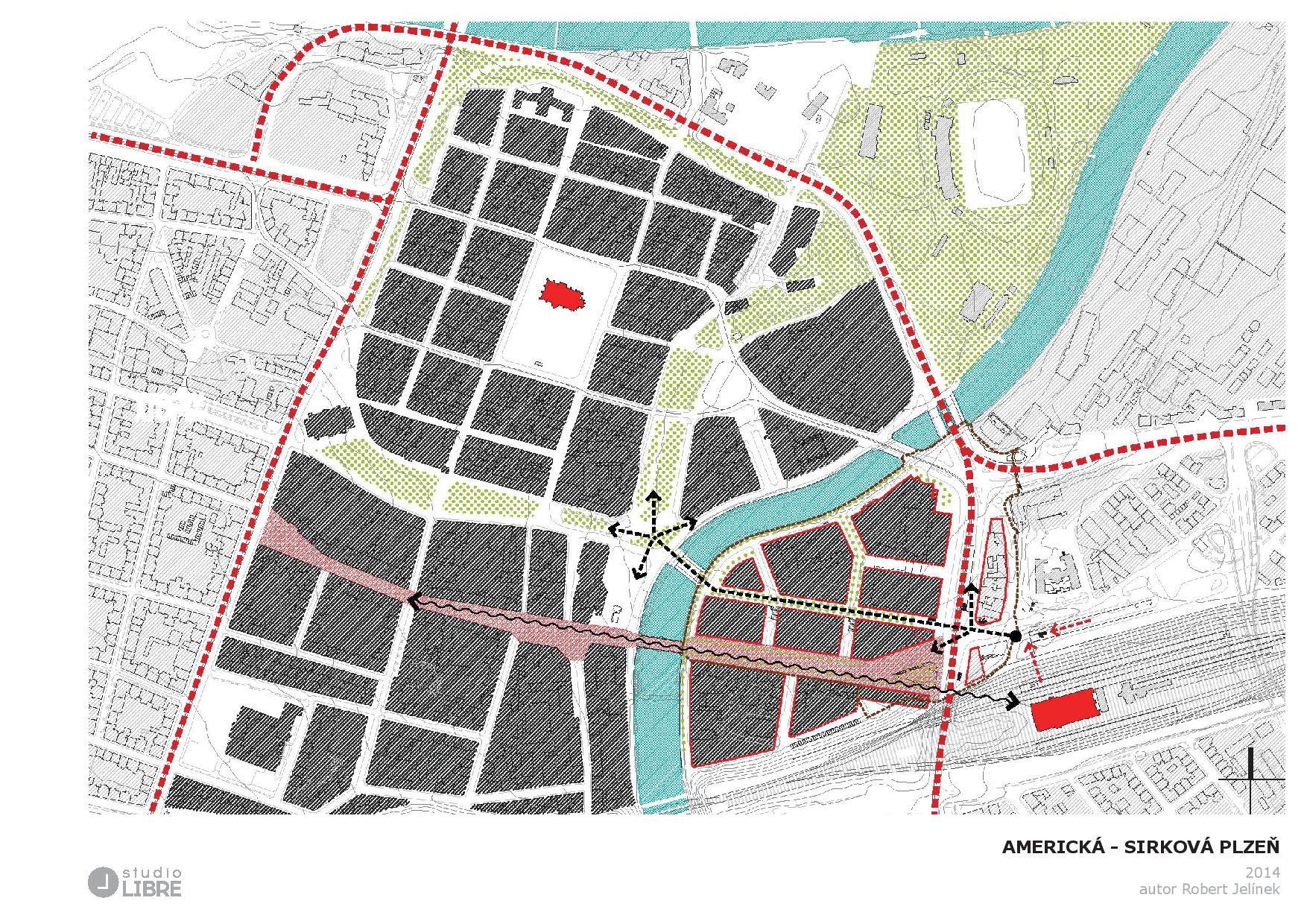 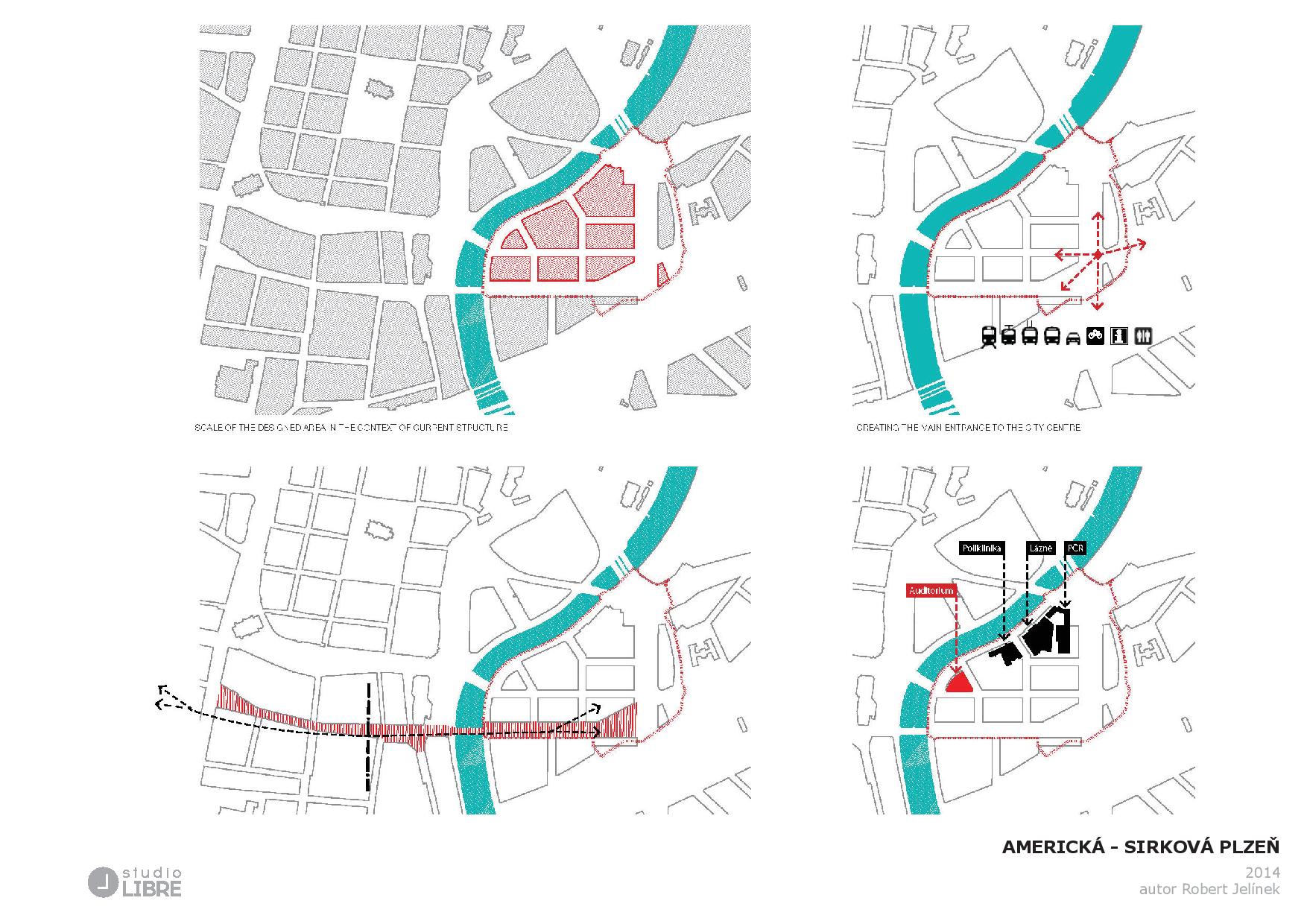 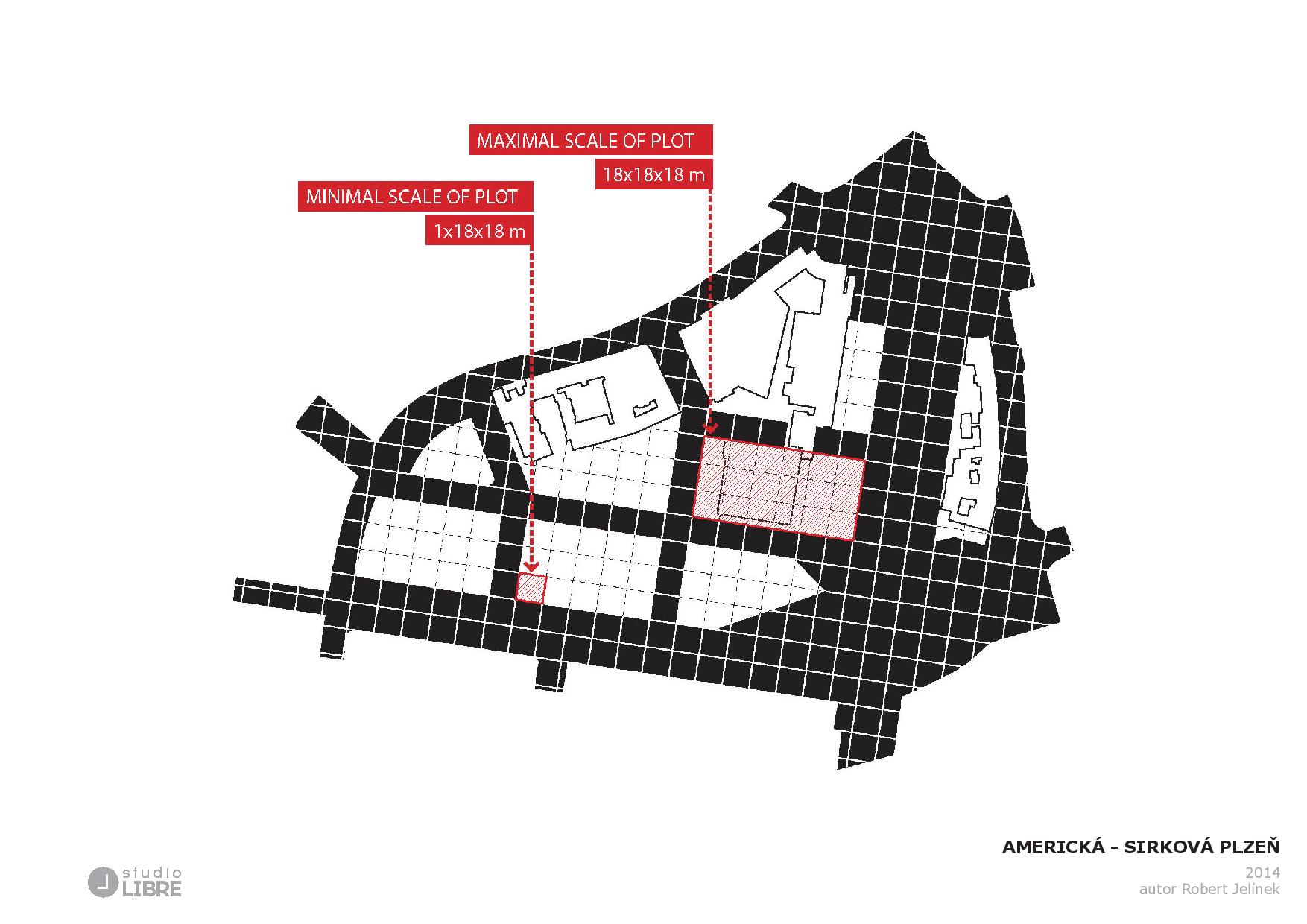 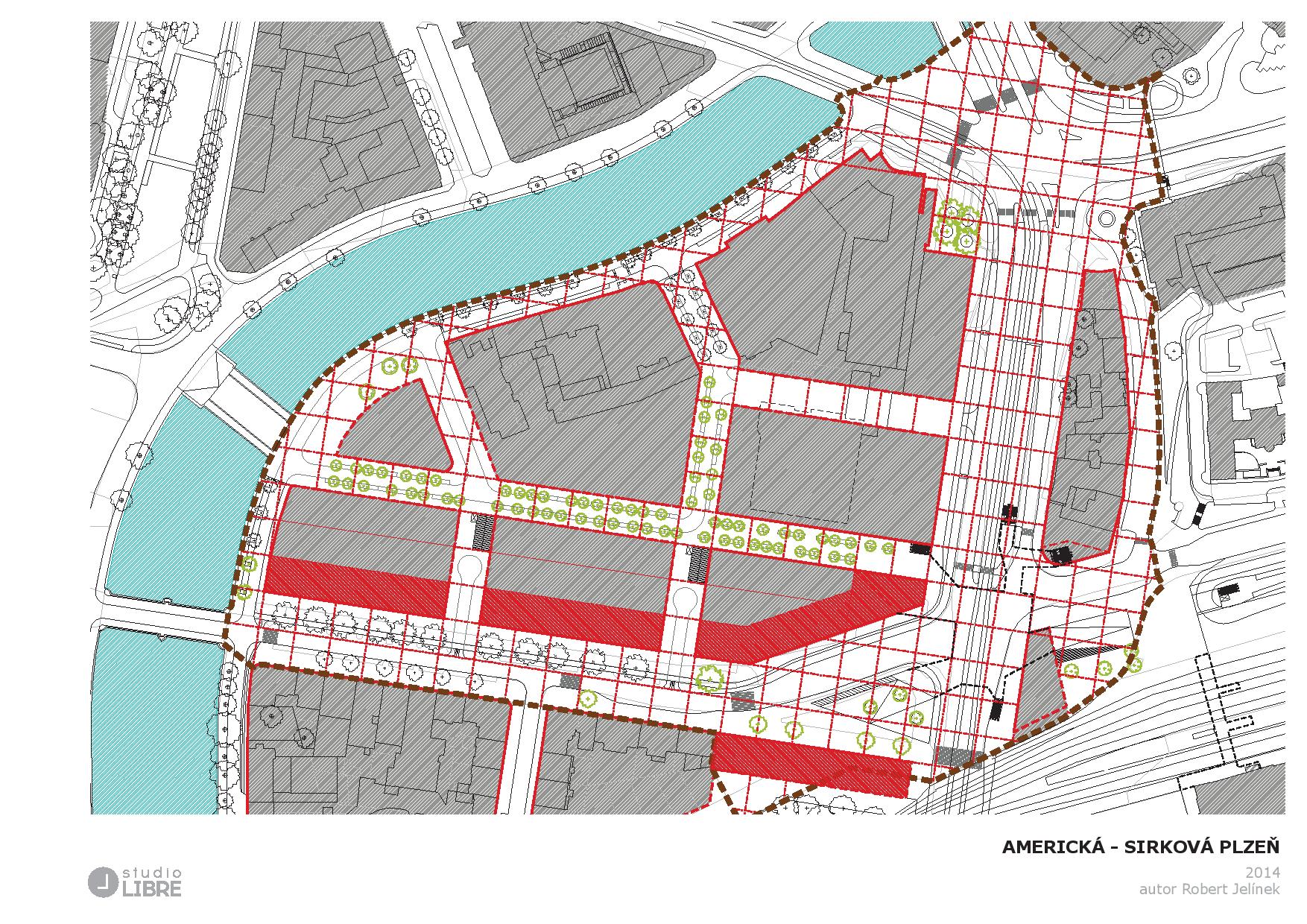 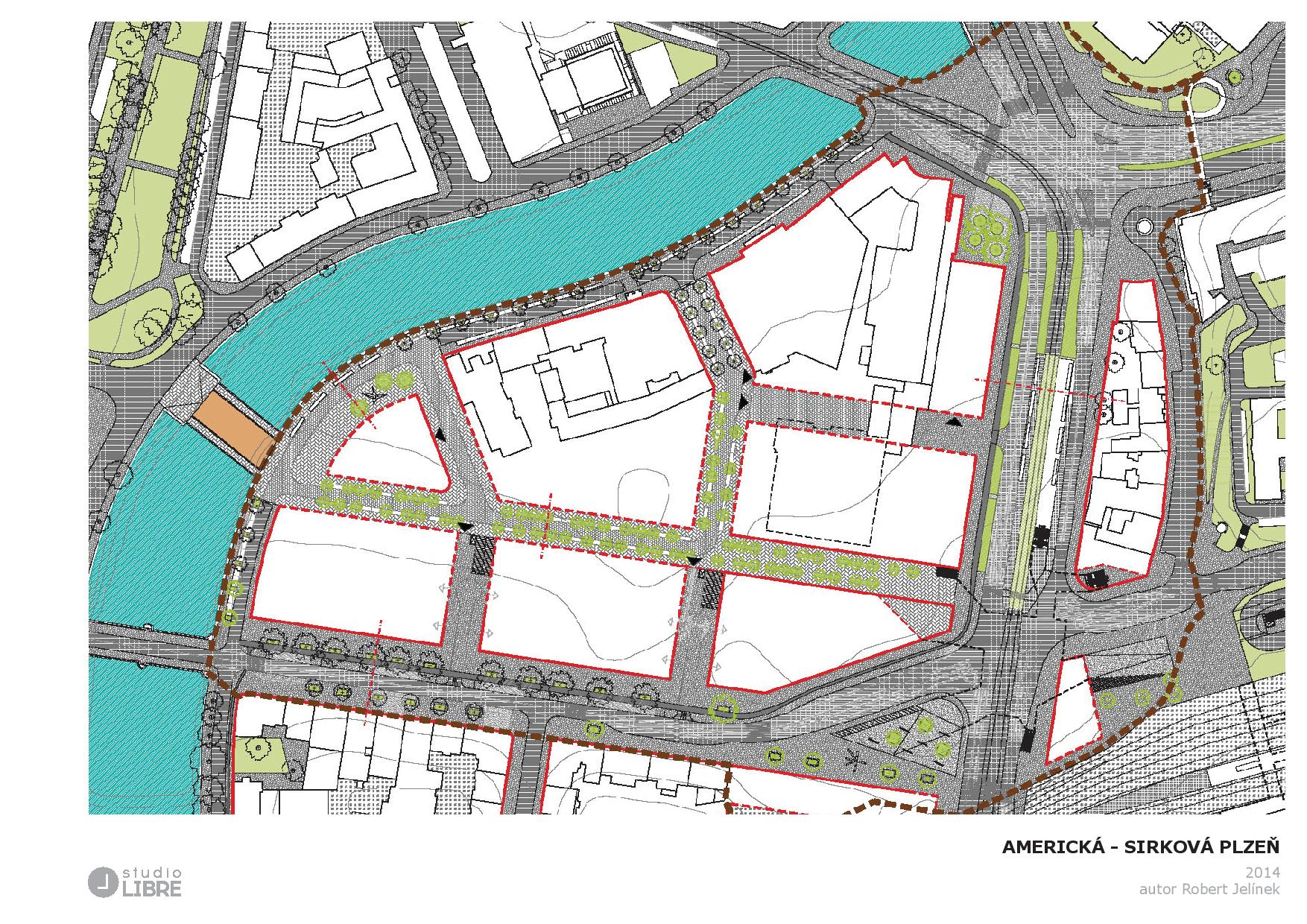 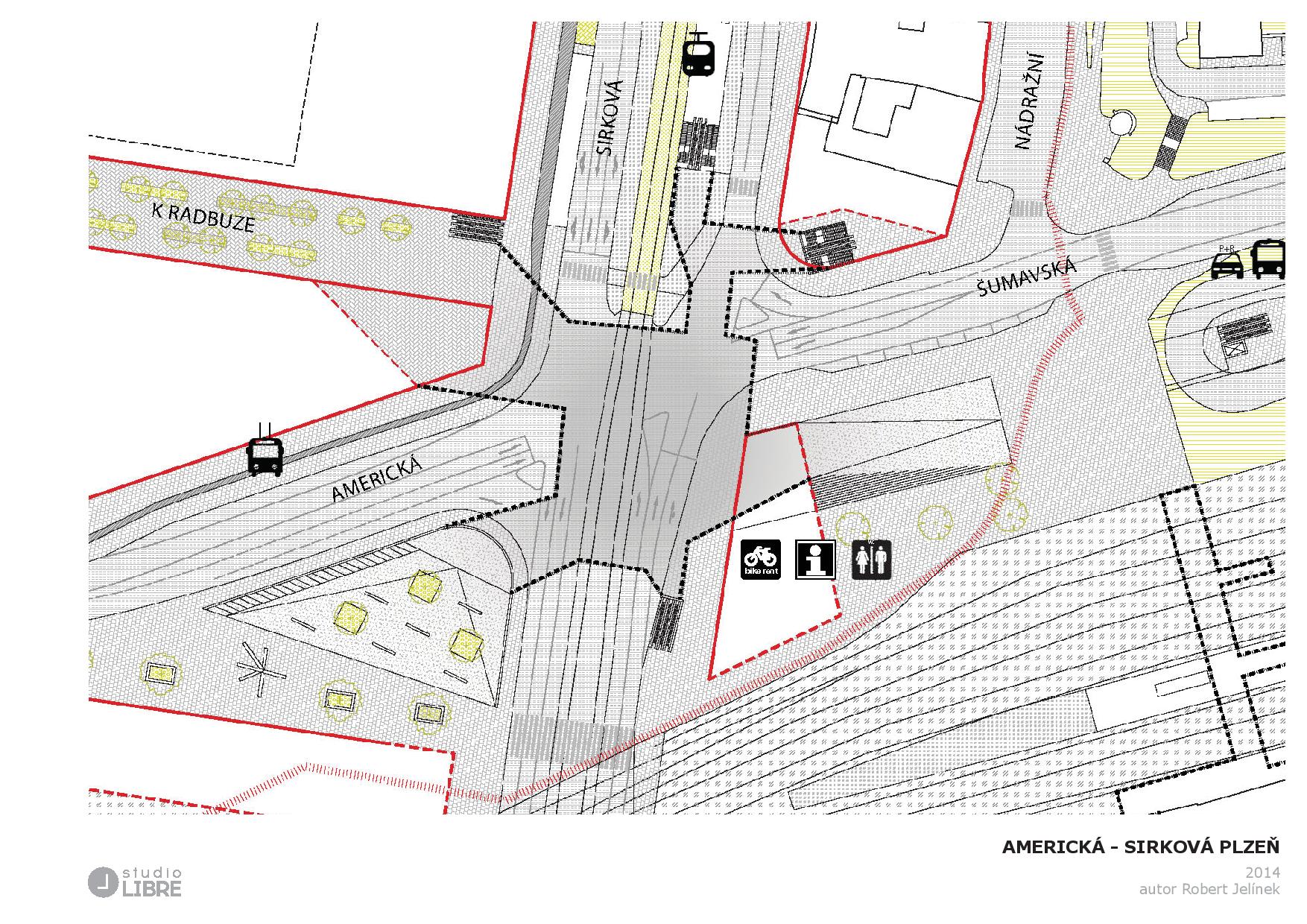 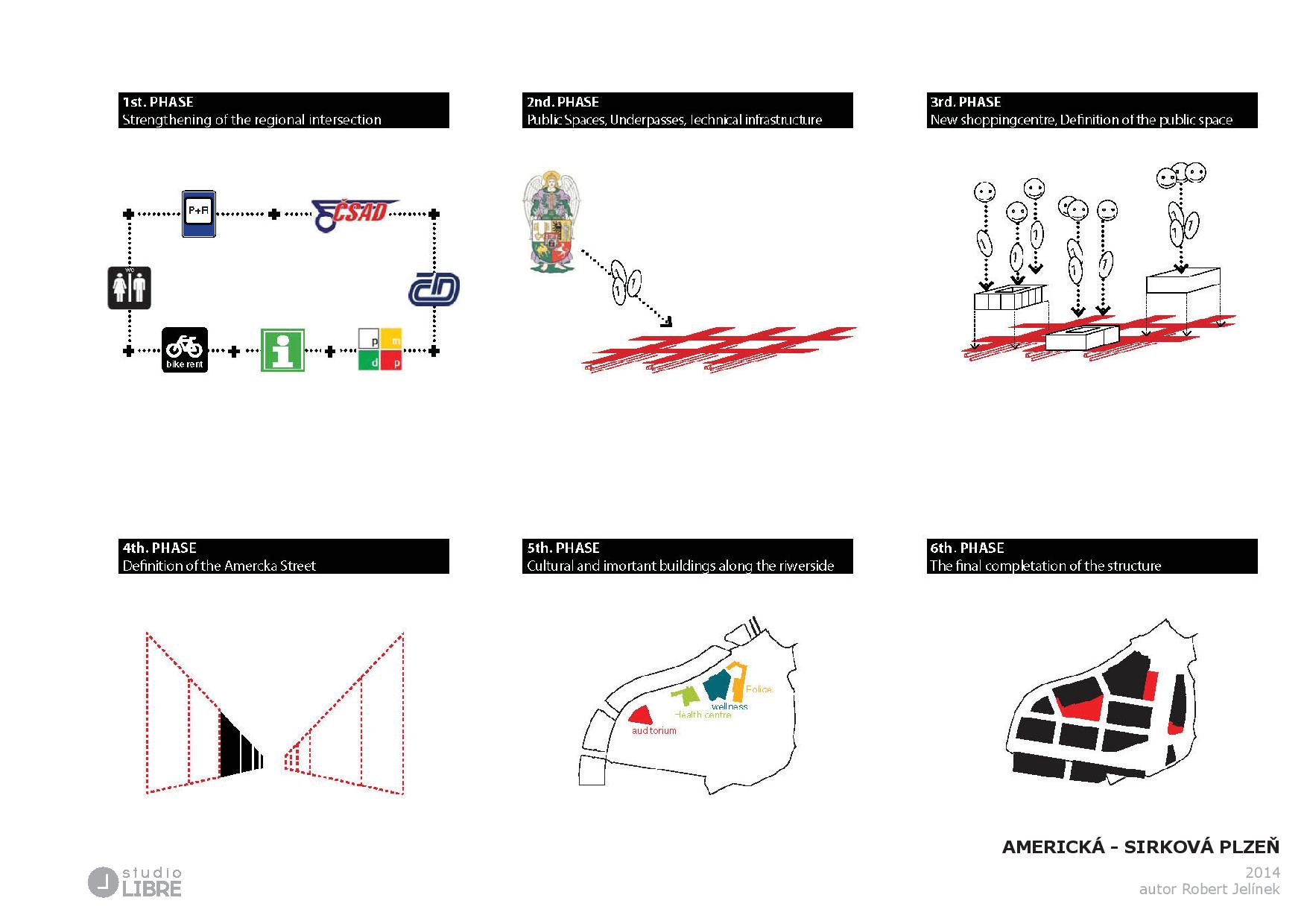 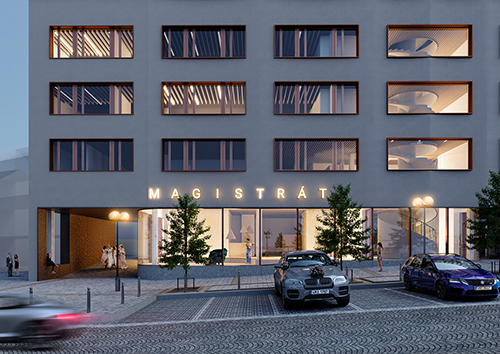 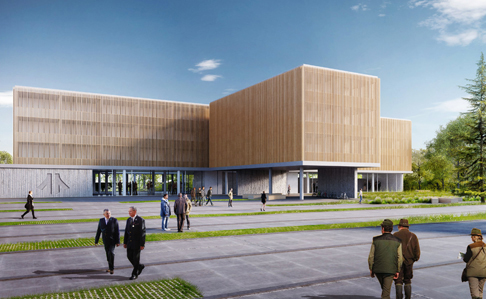 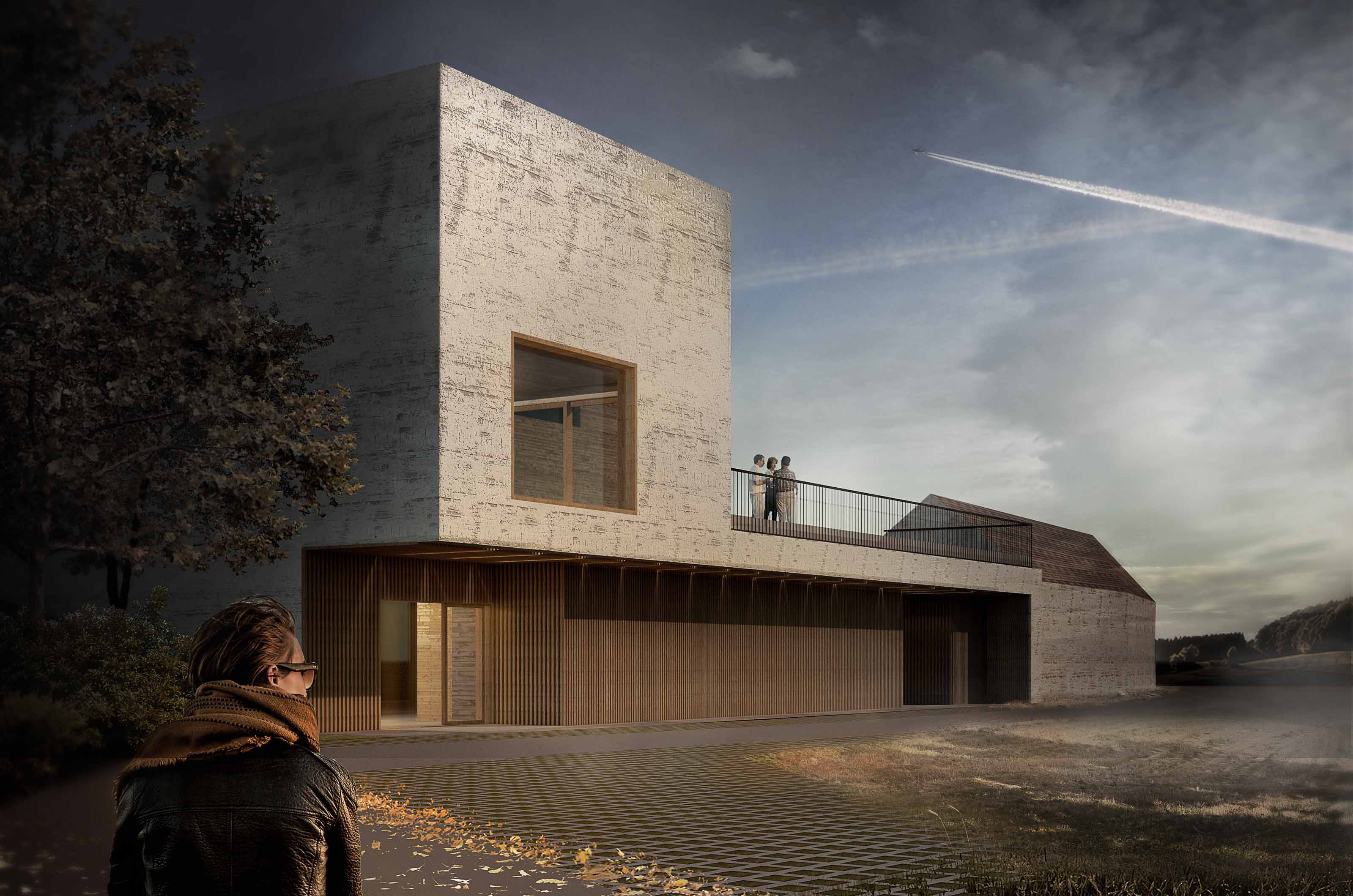 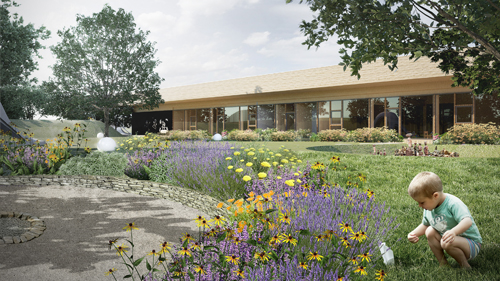 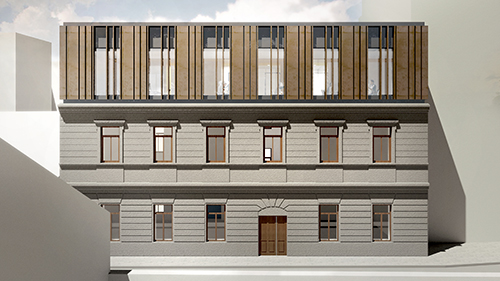 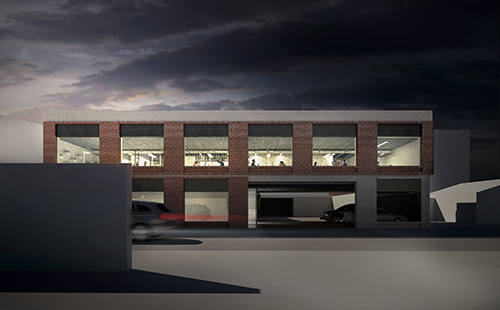 REVITALIZATION OF THE DOMINICAN MONASTERY IN CHEB 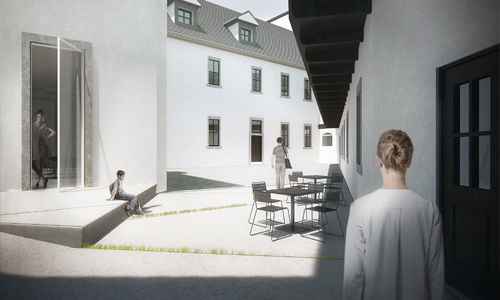 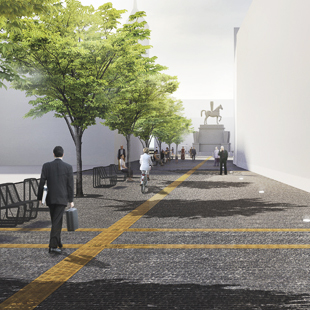 RECONSTRUCTION AND EXTENSION OF THE PETRA COMPANY HEADQUARTERS GUEST HOUSE WITH RESTAURATION, BISTRO AND WINERY OF THE COMPANY PETRA LTD. 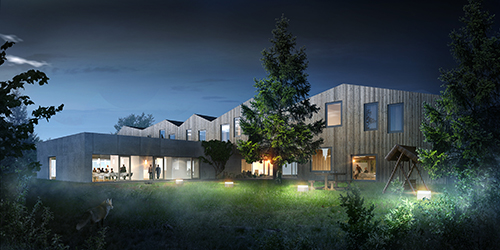 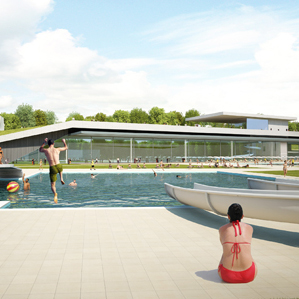 entrance from the street TÄšnov